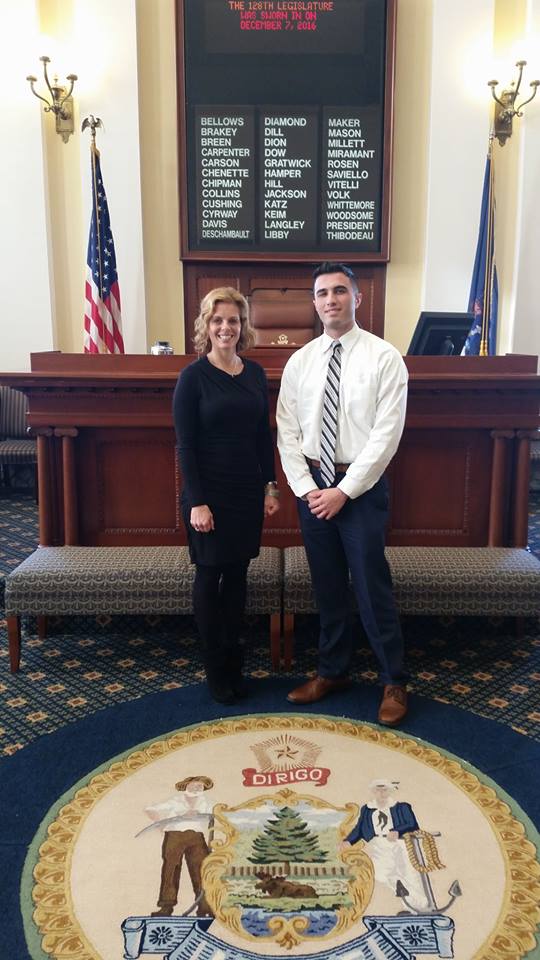 Zach Mills of Gorham has been selected to serve as an intern for the Maine Senate Majority Office until mid-January. Zach is currently a sophomore at the University of Connecticut where he studies Political Science. “It’s an honor to have Zach working in the office during his winter break,” said Senator Amy Volk (R-Cumberland). “The research Zach has done during his time in Augusta has been a tremendous help to the caucus.”