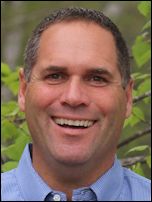 Prior to serving in the Maine Senate, Farrin served District 111 for two terms in the Maine House of Representatives, serving as Ranking Member of the Veterans and Legal Affairs Committee and also on the Transportation Committee.

With more than 30 years of experience in construction and project management, Farrin is the Corporate Facilities Manager for Milton CAT, New England’s premier construction equipment supplier. In this role he is responsible for property management, regulatory compliance, facility maintenance and the start-up of all major capital projects for 15 facilities in six states.

Senator Farrin was the Command Chief Master Sergeant for the Maine Air National Guard before retiring in 2013 as its highest-ranking enlisted airman, serving nearly three decades. He deployed to Iraq in 2008 in Operation Iraqi Freedom and to the Horn of Africa in 2009 in support of Operation Enduring Freedom. He has more than 18 major awards and decorations, including the Legion of Merit and the Air Force Meritorious Service Medal.

He is a proud member of the American Legion, VFW, the Enlisted Association of the National Guard and Air Force Sergeants Association. Locally, he served as a captain with the Norridgewock Fire Department until 2004.

Senator Farrin lives in Norridgewock with his partner Lynn Boucher. Between the two, they have 4 daughters and 1 grandson.

Sen. Brad Farrin Delivers This Week’s Senate Republican Radio Address What a difference 20 years can make. Hello, I am Senator Brad Farrin of Norridgewock Two decades ago, we all awoke to the morning news that changed our lives forever. Nearly 3,000 fellow Americans were killed in coordinated terrorist attacks in New York, Washington, D.C. […]

Senator Brad Farrin delivers this week’s Senate Republican radio address Hello, I’m State Senator Brad Farrin. After essentially losing an entire year of revenue in 2020 due to the absence of tourist visitors to our state, Maine’s restaurants and hotels had an opportunity to start rebounding this summer as the number of visitors returned to […]

Feds Agree That Removal of Kennebec Dams Is Unnecessary

By Sen. Brad Farrin For almost everything in nature and the environment, the key is balance. A balance of warm sun and regular rain makes things grow. Trees balance the air we breathe by turning carbon dioxide into oxygen. Likewise, we must strike a reasonable balance between human activity and its impact on the natural […]

FOR IMMEDIATE RELEASE – 5/17/21 From Sen. Brad Farrin (AUGUSTA, ME) – On Thursday, the federal Center for Medicare and Medicaid Services (CMS) released its weekly data on the COVID-related infection and death rates in nursing homes across the country. This data includes the week ending May 2. For the fourth time in the six weeks […]