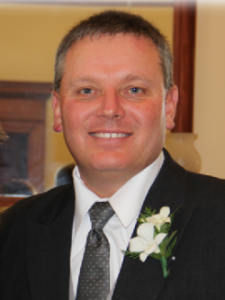 November 4, 2014, the people of Waldo County elected Michael Thibodeau to represent them in Maine Senate District 11. A month later, Senator Thibodeau was elected President of the Maine Senate.

He is now serving his fourth term in the Senate and second consecutive term as Senate President.

Prior to being elected to the Senate, Thibodeau served two terms in the Maine House of Representatives representing District 42, which includes Brooks, Jackson, Monroe, Swanville, Waldo and Winterport.

Thibodeau is a graduate of Hampden Academy. He is currently the owner and operator of T B Equipment, a heavy equipment dealer supplying new and used equipment to central and northern Maine.

Thibodeau and his wife, Stacy, recently began a new company, Mt. Waldo Plastics, which is the only company in Maine to manufacture snow shovels.

Mike and Stacy live in Winterport and have two adult daughters.