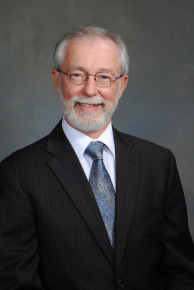 Currently, Senator Whittemore Chairs the Insurance and Financial Services Committee and serves as a member of the Judiciary Committee.

A lifelong resident of Skowhegan, Senator Whittemore started Whittemore and Sons 46 years ago. He still works at the company, which is a small business with 20 employees who sell and service outdoor power equipment. Starting at a young age, he has held down various jobs including positions at a grocery store, shoe shop, poultry and dairy farms, a gas station, a car dealership and as a painter.

Prior to founding his family’s business in 1970, he was an insurance agent for three years with John Hancock. Senator Whittemore is also a veteran of six years in the Army National Guard, attached to the 112th Air Ambulance Company.

Senator Whittemore served on the Governor’s Task Force for ATV Legislation, as well as on several National Dealer Councils for the Outdoor Power Equipment Industry and is active in several outdoor industry related organizations, including the Recreational Motorsports Association of Maine and the Skowhegan Sportsman Club. Senator Whittemore is also a member of the National Rifle Association and the National Federation of Independent Businesses.

An outdoor enthusiast, sailor, RVer, hiker and cyclist, Senator Whittemore lives in Skowhegan with his wife, Coralee (Arsenault) Whittemore. They have three grown sons, Jason, Jeremy and Chad, who are all married and have blessed the Senator and his wife with eight grandchildren.