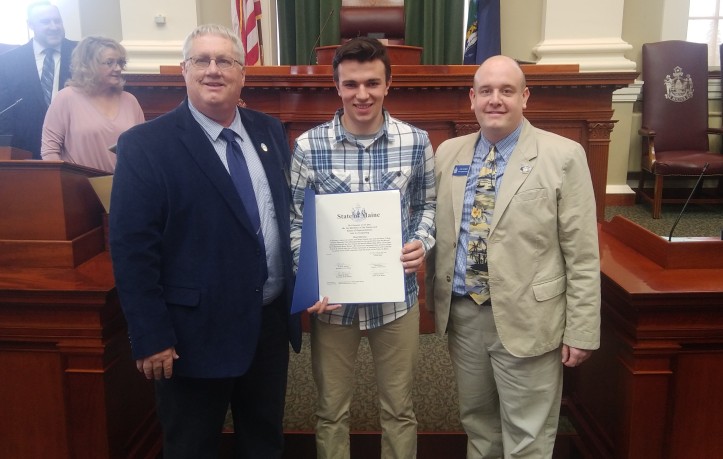 AUGUSTA – Roy Varney of Turner, a senior at Leavitt Area High School, was presented with a legislative sentiment by Senator Jeff Timberlake (R-Androscoggin) in the Maine Senate on Thursday, April 18. The sentiment recognizes Varney’s achievement of winning the Class A Boys Nordic Classical State Championship for the second time and the Pursuit Championship. He was also named Varsity Maine Boys Skier of the Year by the Portland Press Herald.