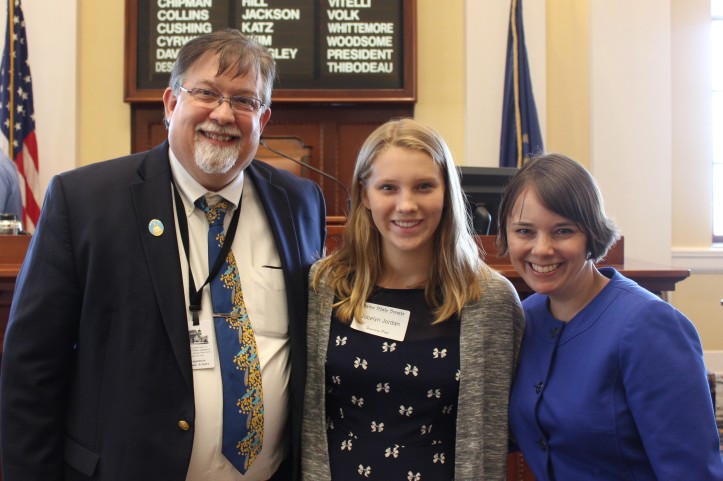 AUGUSTA  – On Thursday, July 20, Jocelyn Jordan of Waltham joined Senator Brian Langley (R-Hancock), her state senator, and Senator Shenna Bellows (D-Kennebec), her aunt, for the day at the State House to serve as an honorary page in the Senate during a special session.

“I hope Jocelyn enjoyed her time at the State House,” said Sen. Langley. “She did a terrific job paging, especially considering how long of a day it was. We were lucky to have her.”

For information on how to serve as an honorary page for a day in the Senate next session, call the Senate Majority Office at 287-1505.