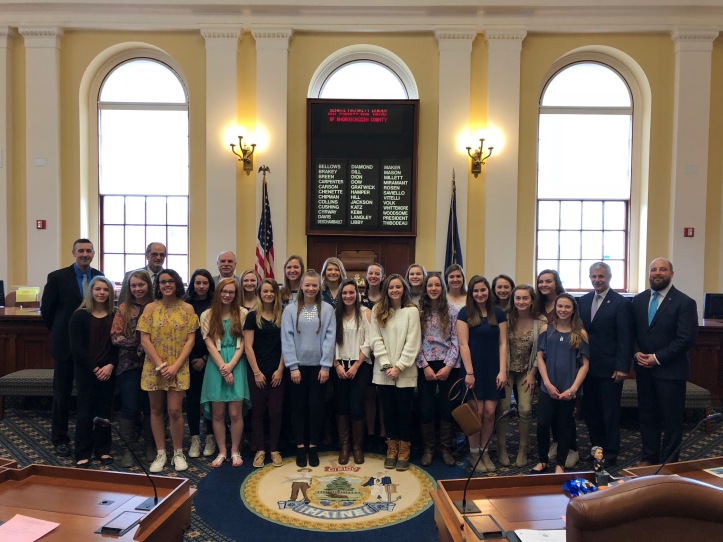 During their visit, the team was recognized in the Maine Senate by Senator Roger Katz (R-Kennebec) with a legislative sentiment recognizing the team for finishing first in a nationwide fundraiser called the American Cancer Society Coaches vs. Cancer shooting challenge.

As part of the fundraiser, the team took pledges for every free throw or three-pointer made in January. In the end, they raised $10,000, beating out 323 high schools around the country with a free throw challenge.

“What the Eagles accomplished won’t be immediately felt,” said Sen. Katz. “Raising money doesn’t come with the instant gratification and the cheers of a big win. But that $10,000 will go into cancer research, and somebody who is connected to one of these players just may be helped, or even cured.

“I’m proud to represent such dedicated students, athletes and their coaches. Coach Donar and these teams went far beyond what anyone expected, and I can’t thank them enough for raising this money.”