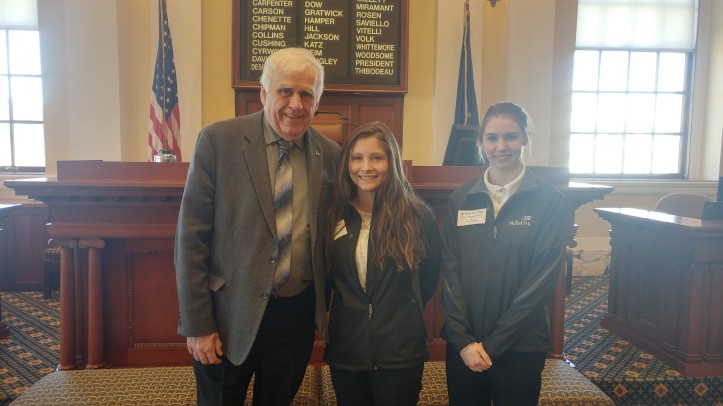 AUGUSTA – Makayla McKenzie and Briana Spaulding, both of Dexter, visited the State House for SkillsUSA Championship Day on Monday, April 9. Both are gold medal winners from the Tri-County Technical Center in Dexter. Makayla won the gold medal in Commercial Banking and Briana won the gold medal in Advertising Design. During their day at the State House, they were congratulated by their state senator, Paul Davis (R-Piscataquis).