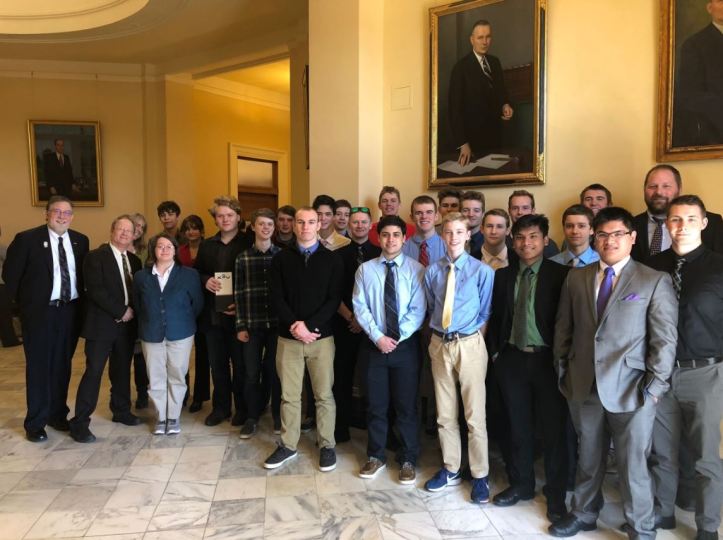 AUGUSTA – The MDI High School swim team and the MDI robotics team were both recognized in the Maine Senate on April 5 with legislative sentiments presented by Senator Brian Langley (R-Hancock). The robotics team, “Pickles”, won the tournament championship at the Mane State Championship and will go on to the Worlds, representing the state of Maine. The MDI boys swim team won first place in the Class B State Championships.