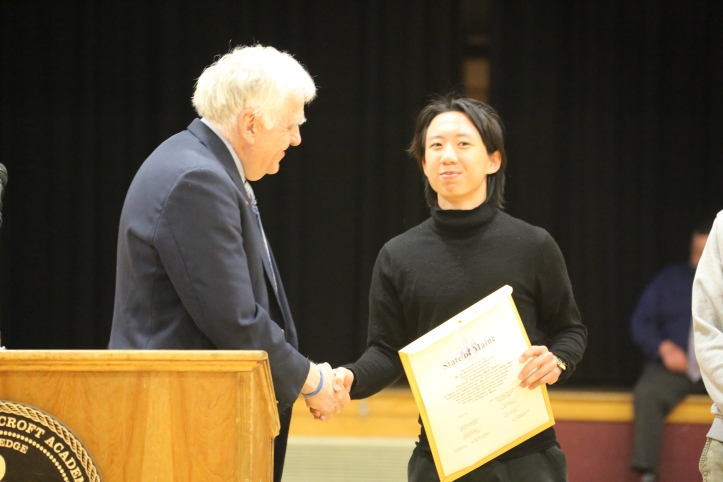 DOVER-FOXCROFT – Senator Paul Davis (R-Piscataquis) attended an awards ceremony on Wednesday, May 16 at Foxcroft Academy to recognize the Foxcroft Academy Math team for winning the 2018 Eastern Maine Math Competition Championship with a legislative sentiment. Accepting the sentiment on behalf of the team was Jinlin “Wayne” Chen, captain of the Math Team and Robotics Team.