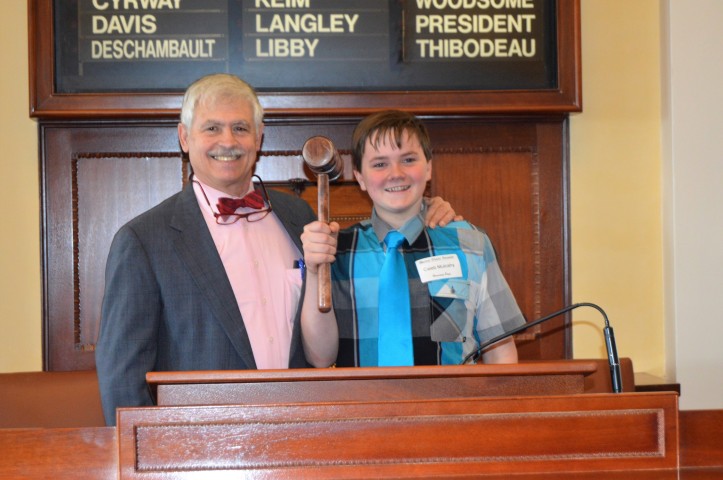 AUGUSTA – On Thursday, February 2, Caleb Mulcahy of New Sharon visited the Maine State House with UMaine Cooperative Extension to help educate legislators on the work of Extension throughout the state and learn more about the political process. During his visit he served as an Honorary Page in the Maine Senate, gaining hands-on civic experience. “I would like to thank the UMaine Cooperative Extension for continuing the tradition of bringing 4-H members to the State House to learn and participate in the process,” said Sen. Saviello (R-Franklin).