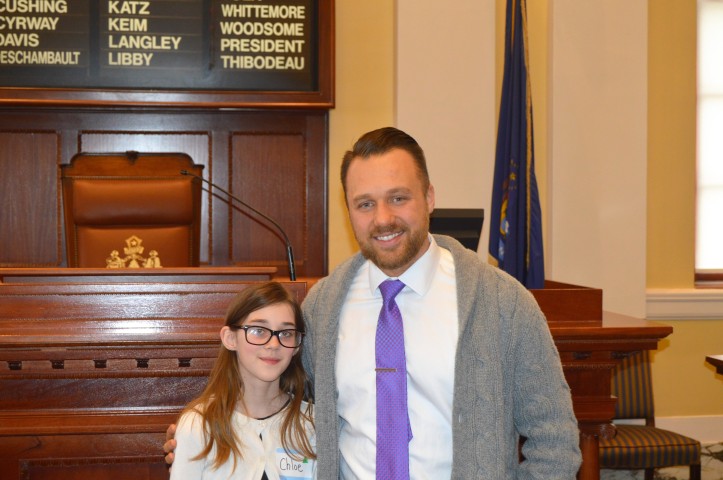 “I had a great time meeting with Chloe and Courtney in Augusta,” said Sen. Mason. “I hope they had a terrific time and enjoyed their visit.”