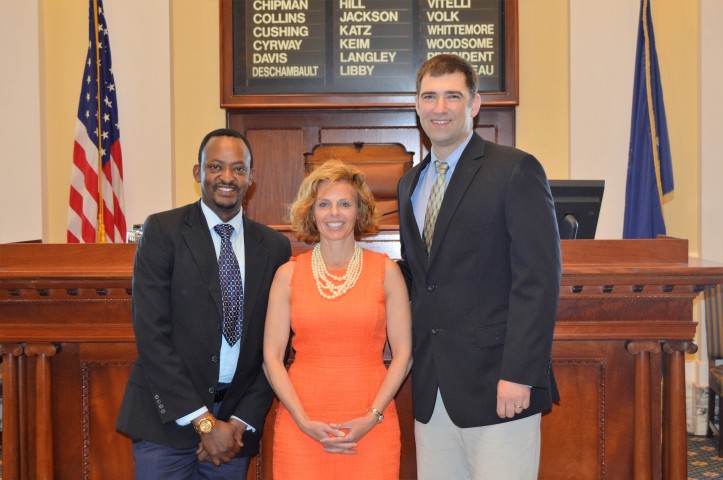 Pastor Prescott was originally an attendee of The Rock Church. Following a military deployment in Iraq as a Chaplain in the US Army Reserves, he attended Multnomah Bible College in Portland, Oregon where he earned a Bachelor of Science degree with majors in Bible/Theology and Pastoral Ministry and a Masters of Divinity Degree at Multnomah Bible Seminary.

“It was an absolute pleasure to have Pastor Prescott and his guest, Innocent Hodal, a member of The Rock Church, join us for the day in Augusta,” said Senator Amy Volk (R-Cumberland).