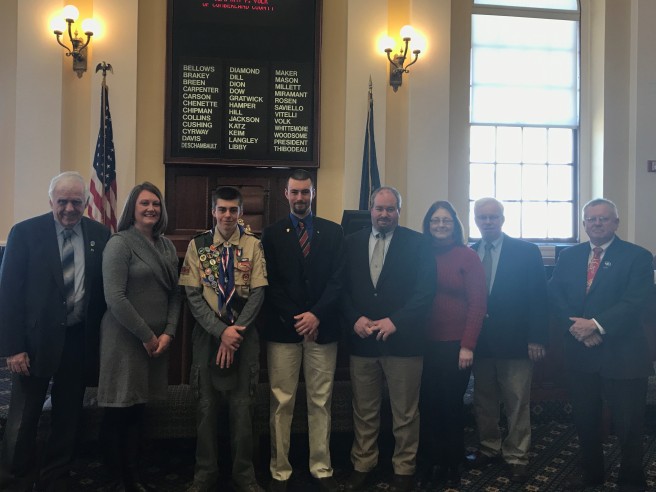 AUGUSTA – Thomas Watt, a Boy Scout with Troop 120 out of Greenville, was recognized by the Maine Legislature on Tuesday, February 27 for his achievement of attaining the rank and distinction of Eagle Scout.

Eagle Scout is the highest award in Boy Scouting and is given for excellence in skills development, leadership, personal growth and community service.

During his time at the State House, Thomas was greeted by his legislators, Senator Paul Davis (R-Piscataquis) and Representative Paul Stearns (R-Guilford). He was accompanied by Leslie Watt, John Watt, Craig Watt, Debbie Ranta and Stewart Watt.