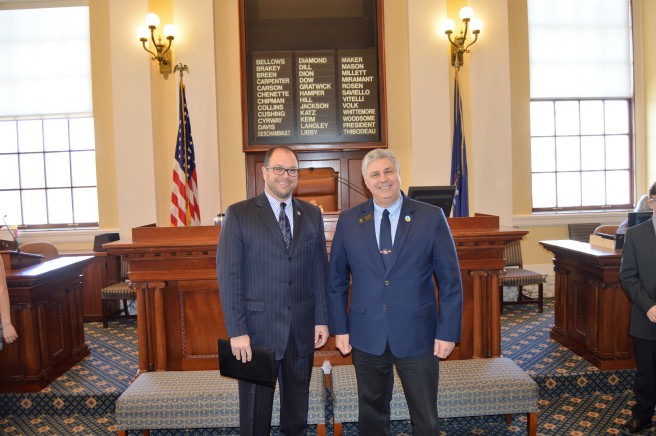 AUGUSTA- On Tuesday, February 28, Reverend Larry Lakey of Winslow served as Pastor of the Day, delivering the opening prayer in the Maine State Senate.

Reverend Wilson serves as Senior Pastor at the Winslow Baptist Church, where he has led the congregation since 2015. Originally from New Jersey, Reverend Lakey previously served in youth and children’s ministry in both Massachusetts and Pennsylvania. He is a graduate of Messiah College in Mechanicsburg, PA and Gordon-Conwell Theological Seminary in South Hamilton, MA.

“It was an honor to meet Reverend Lakey today, and to have him open our day in prayer,” said Maine Sen. Scott Cyrway (Right), District 16.