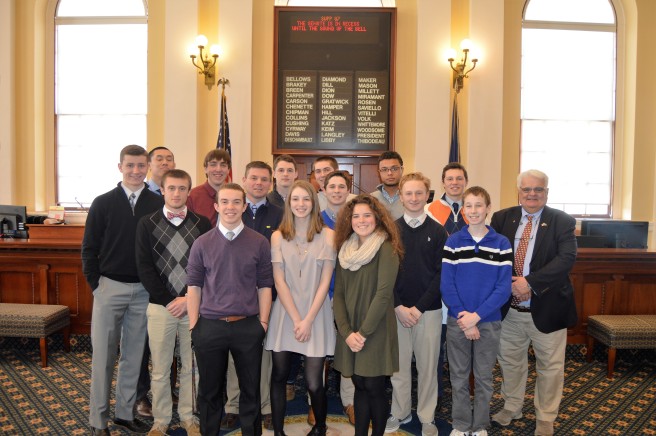 AUGUSTA – On Thursday, March 30, the Wells High School Boys Varsity Basketball Team visited the State House to receive a Legislative Sentiment recognizing their accomplishment of winning the 2016-2017 Class B South Championship. During their visit, they met with Senator Ron Collins (R-York) in the Senate Chamber.

“It was an honor to have the reigning Class B South Boys Basketball Champions join us in Augusta,” said Sen. Collins. “This is a very talented and dedicated group of young men. They should be proud of this great accomplishment.”