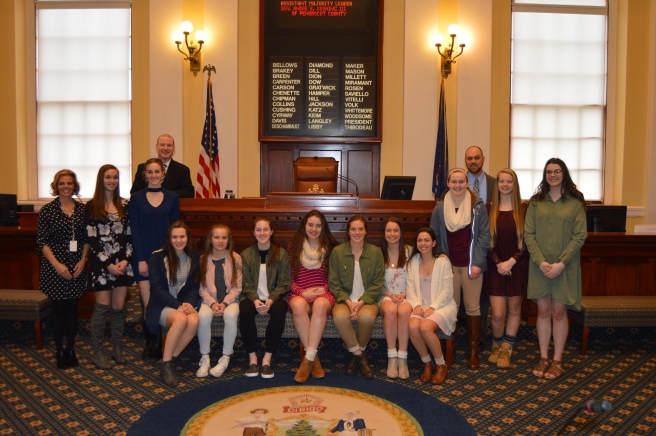 “It was an honor to have the reigning Class AA State Champion girls basketball team join us in Augusta,” said Senator Amy Volk (R-Cumberland). “This is an incredibly talented and dedicated group of young women. They should be very proud of this great accomplishment.”