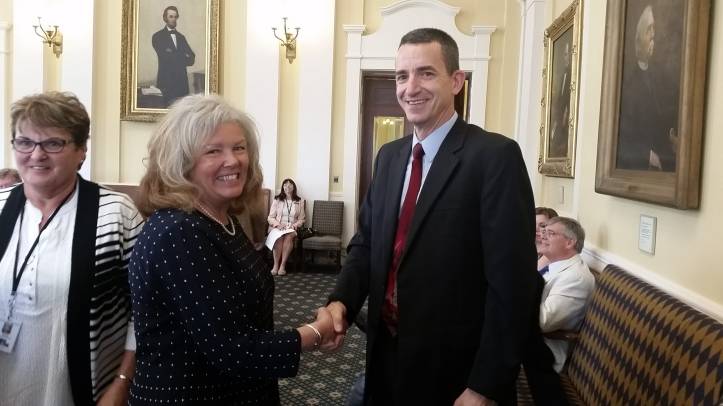 AUGUSTA – The Maine Senate confirmed the nomination of John-Paul E. Cote of China to the position of chief of the Maine State Police on Thursday, May 31. Speaking in favor of his nomination was Senator Kimberley Rosen (R-Hancock), chair of the Criminal Justice and Public Safety Committee.

“Lt. Col. Cote has an outstanding record of public service to this state and a dedication that will serve the State of Maine well,” said Sen. Rosen. “I look forward to the work he will accomplish over the next four years.”

He is the former commanding officer of Troop F in Houlton and a 29 year veteran of the state police. He was promoted to deputy chief two years ago and has been serving as interim-chief of the Maine State Police since March. He is a graduate of the University Of Maine and has completed numerous law enforcement professional development courses, including a 10-week program at the FBI National Academy in Quantico, Virginia, in 2017.